So my GF and I are watching “The Empire Strikes Back” last night. Let me say that this is possibly my favorite movie of all time.
But suddenly I consider: we have always thought of R2D2 as a light-hearted comic relief type of droid. With his tweets, chirps, raspberries, and whoops, how could he be anything other than cute?
But what if people were misunderstanding what he is actually saying? What if he could be accurately translated? And what if he were saying things that weren’t cute at all? To wit:
(The scene where Luke and R2D2 are leaving Hoth in Luke’s x-wing)
Artoo: Hey, assclamp, where the hell are you hauling me?
Luke: There’s nothing wrong, Artoo, I’m just setting a new course.
Artoo: Oh, goodie. Are we going to see your dad? Cause you know he’s Darth Vader, right? I mean, you know that, otherwise you’re even more of a dumbass than I thought.
Luke: We’re not going to regroup with the others.
Artoo: That’s probably because they know what they’re doing, and you don’t.
Luke: We’re going to the Dagobah system.
Artoo: The Bagadouche system? What an appropriate destination for a douchebag such as yourself. Are you sure you don’t want me to fly? Cause I’ll bet you’re going to crash us into some godforsaken swampy bog, you mindless pube.
(Later on in Cloud City, during the escape scene)
3PO: Artoo! Where have you been?
Artoo: Listen, you bronzed dildo, I’ve been dicking around in a frigging swamp for the better part of two weeks while some wannabe wizard has been taking advice from an ancient lizard. I got slime in my droid genitals, a bad yeast infection, and I’m not in the mood for your prissy shit, so put a metal cork in it, buttnozzle.
3PO: Well at least you’re still in one piece, look what happened to me!
Artoo: Yeah yeah yeah, you got blasted to shit, they should have left your ass in that scrap heap. You have contributed absolutely nothing useful to this point. By the way, how is it that you’re even more of a whiny bitch than you were in the first three movies? I thought they wiped your frigging memory.
Do they have some sort of universal “BitchBot” app that they keep putting in your lame ass? Bitch.
(while trying to unlock the landing platform door)
3PO: Artoo, you can tell the computer to override the security system!
Artoo: Oh, thanks for reminding me, you pretentious fuckstick. Do you know what else I can do? I can FRIGGING FLY! George Lucas said so! But that didn’t stop me from falling into an effing swamp on that Bagadouche planet. By the way, did you know that Darth Vader is Luke’s father? Cause I DO!
Oh, look, I got fried by a goddamn computer terminal. Thanks, dickweed.
3PO: Don’t blame me. I’m an interpreter. I’m not supposed to know a power socket from a computer terminal.
Artoo: You’re supposed to know your droid ass from a hole in the ground, but you don’t. Jesus, I should have left your sorry ass on that ship, you sphincter. Just wait till I get to use my little welding thingy on your droid scrote. I hate you and all these miserable bastards. Where’s my Oscar? 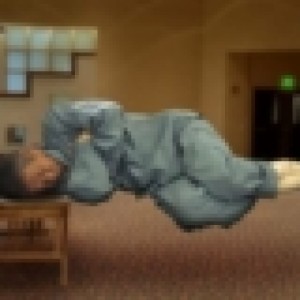 Fair for Modern and Contemporary Art

You can find out more about which cookies we are using or switch them off in settings.

This website uses cookies so that we can provide you with the best user experience possible. Cookie information is stored in your browser and performs functions such as recognising you when you return to our website and helping our team to understand which sections of the website you find most interesting and useful.